Home » Victoria Firewood » Fir vs Maple – What is the Best Firewood in Victoria, BC
Wed15

Fir vs Maple – What is the Best Firewood in Victoria, BC

Posted by Victoria Dubois on Aug 15, 2012 in Victoria Firewood |

We recently had a customer write us inquiring about purchasing a full cord of Maple or hardwood because they didn’t consider Fir as a hardwood for home heating. Chris is right about a couple things here but I think most people will be surprised to see how great Fir really is. I have done my best to quickly put together some reliable facts about the most common species of firewood found naturally in our South Island surroundings.

The species of  wood considered acceptable for firewood on the Island are Douglas Fir, Big Leaf Maple, Alder and Arbutus. In our opinion, all four are totally acceptable species for home heating but they do vary in qualities such as BTU’s per cord, smoke, small and ease of use. We believe the best firewood is a variety. Cedar for kindling, fir to get your home heated up and then Alder or Maple once the house is warm. Oh yeah, and Arbutus for when you want to impress guests.

Starting off with the Cadillac of firewood we have Arbutus. It is hands down the #1 ranked and most sought after species for home heating due to its limited availability.  Arbutus is incredibly dense! It almost feels like a rock. If you are considering buying Arbutus, expect to pay up to $550 per cord as it is a protected species that can only be cultivated if it is already down and you have a permit. WARNING: Buying illegally cultivated Arbutus is a serious offence. Both the buyer and the seller can be held responsible and “I didn’t know” isn’t considered an excuse to government officials.

If Arbutus is the Cadillac of firewood then Maple is a VW. It is great for home heating and holds a relatively high BTU rating of around 17.6 – 23 million btu’s. It is technically considered as a hardwood however the Big Leaf Maple we find on the southern part of the island is about as soft as hardwood gets. It also takes a bit longer to heat your insert than Fir does so in our opinion it is best to start with Fir, get your house all warmed up and then move onto Maple. From a cultivation point of view, Maple is the least efficient species on the island

Fir is the most abundant and reliable species of firewood on the Island but is it good for home heating? While it is considered as a medium density wood, it heats and burns better than many hardwood species and holds a heating value of 17.5 – 26.5 million BTU’s per cord. I personally prefer Fir to every other species on the Island for a couple reasons. The most important reason is that it is the easiest to light. We use firewood for heating our home and nothing drives me more crazy than waiting for heat in the morning. Fir is also the most abundant species on the Island which makes it a better choice for those looking to make the least environmental impact.

Alder is very similar to the Big Leaf Maple you will find on the island. While it has a pretty decent heating value of around 18 million btu’s per cord, the is one key factor you need to consider when purchasing. Are you storing your wood outdoors or indoors and will it be covered with ventilation. Alder needs to be stored outside with excellent ventilation or it will get mouldy. 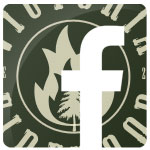 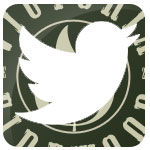 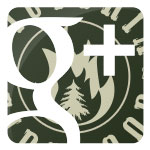